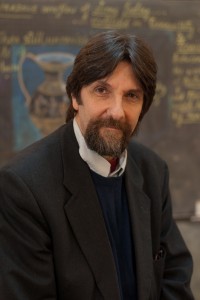 Peter Snow (Published name: P.L. Snow) was born in 1950. Before becoming a teacher of English and Drama in the Rudolf Steiner School of Edinburgh, he worked as an office clerk, a bartender, a warehouse worker, a goatherd (in Corsica) and a psychiatric nurse.

He is married to the poet Malisa Garlieb, and is co-parent to her son Keenan. He also has two grown-up children.

He is the author of A Rosslyn Treasury and The Shifty Lad published by Floris Books.

Both books are available via Amazon, Click here to visit

He has translated, among other things, Everybody Present from the Danish of Didde Flor Rotne and Nikolaj Flor Rotne for Parallax Books USA, and he has recently completed a translation from the French and adaptation for the stage of Les Choristes, by Christophe Barratier and Philippe Lopes-Curval.

His poetry has appeared in several English and Scottish literary magazines. He is also a storyteller, and has taught storytelling as a classroom art in Edinburgh, London, Stuttgart and Frankfurt. He has also performed as a storyteller in various venues in the UK, USA and Europe, in all sorts of places, from tea shops to open fields.